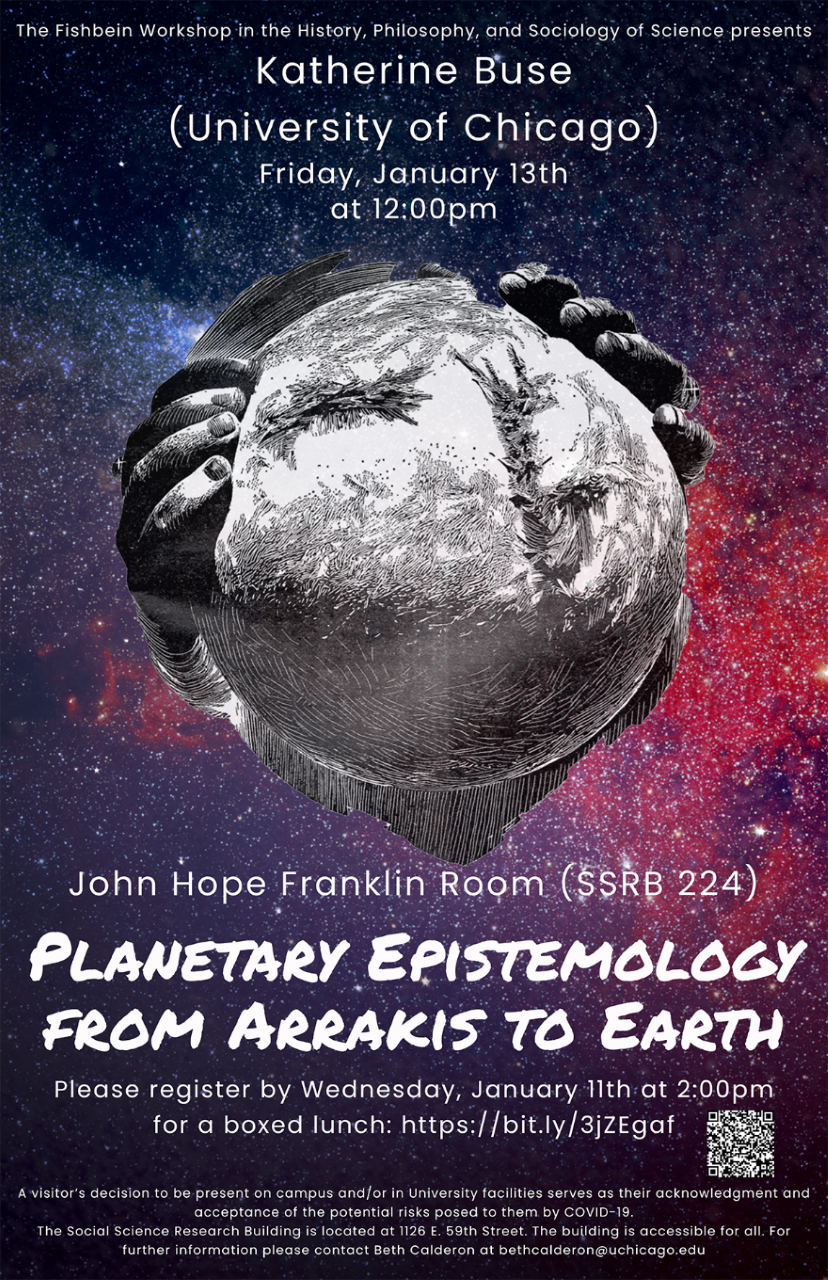 Planetary Epistemology from Arrakis to Earth

This talk will explore a shared epistemic practice that climate scientists invoke when they mobilize science fiction. This scientific discourse around science fiction appears in journal articles, blog posts, textbooks and lectures by anglophone climate scientists writing in the past two decades, both referring to specific works of science fiction and reflecting upon what one scientist called the “SFnal” thinking that is part of their work as they model planetary systems. After discussing how scientists explicitly invoke science fiction, I go on to explain why this practice is so common. I elaborate a shared epistemic practice I call speculative planetology that connects the discursive and mathematical construction of worlds in climate modeling to the speculative fiction texts mentioned by scientists. I exemplify this by referring to Frank Herbert’s Dune (1965) as a touchstone, both within the writing of climate and planetary scientists and as a model of the epistemic practices of speculative planetology.