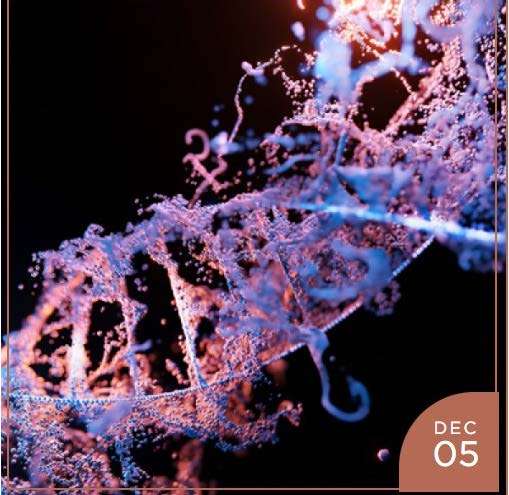 Most of us learn in high-school biology that life is some combination of growth, reproduction, and animation, and that it always contains DNA. Yet for many this definition is unsatisfying.

Join us for a conversation with historian Isabel Gabel to explore some of the philosophical implications of modern biology. Together, we will investigate how profound revolutions in biology, including the discovery of the structure of DNA, have reshaped how we understand life itself. This discussion will also preview Gabel’s upcoming course at Graham, Before and After DNA: Theories of Life.

Isabel Gabel is a post-doctoral researcher at the University of Chicago’s Institute on the Formation of Knowledge and a historian of science, medicine, and political thought. Her work explores how the modern life sciences created spaces of uncertainty and irresolvability which in turn reshaped the epistemological foundations of liberalism in the twentieth century. At SIFK she is working on a history of complexity, tentatively entitled At the Edges of Chaos: Complexity Theory between Science and Governance. Bringing together histories of molecular biology, cybernetics, and big data, the project explores the rise of complexity science in Europe and the United States after 1970. It charts complexity’s transformation from a mathematical approach to chaos and nonlinearity, to a set of new methods for theorizing and managing the neoliberal state in fields such as urban studies and finance. Isabel is also in the process of completing her first book, Experiments in History: French Biology and the Fate of Liberal Universalism, about the role of biology in the emergence of poststructuralism and liberal historicism after the Second World War. Isabel’s publications have appeared in journals including History of the Human Sciences and Revue d’histoire des sciences. She received her PhD from Columbia University and was most recently an ELSI Postdoctoral Fellow at the University of Pennsylvania’s Perelman School of Medicine.